Dee Brown is one of the most prominent lifestyle television personalities in the Southwest region. Dee jump-started her career in television as a coveted NBC Page in New York City. A fixture of daytime television, the emmy-nominated producer and television correspondent has appeared in The Oprah Magazine, CBS, NBC, ABC, and HGTV.

A celebrated journalist, Dee is an ambassador for O, The Oprah Magazine and a television reporter.

In 2020, Dee relaunched Morning Cup of Style — an inspirational and digital interior design storytelling platform. MCOS is aimed at influencing the way people view interior design by curating content that involves showcasing the work of designers and to offer interviews with some of those same creatives through her video franchise called, “At Home with Dee.”

Dee has notable experience in construction, project management, and interior design that qualifies her to utilize this platform to create content to to help you design a space that’s stylish and functional. Whether you have a new home, shopping for one, or just absolutely love to learn about the ins and outs of developing a new space — Morning Cup of Style is the perfect spot just for that. 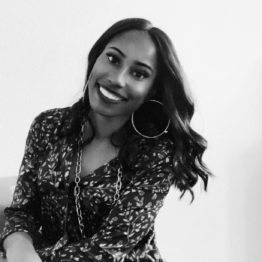